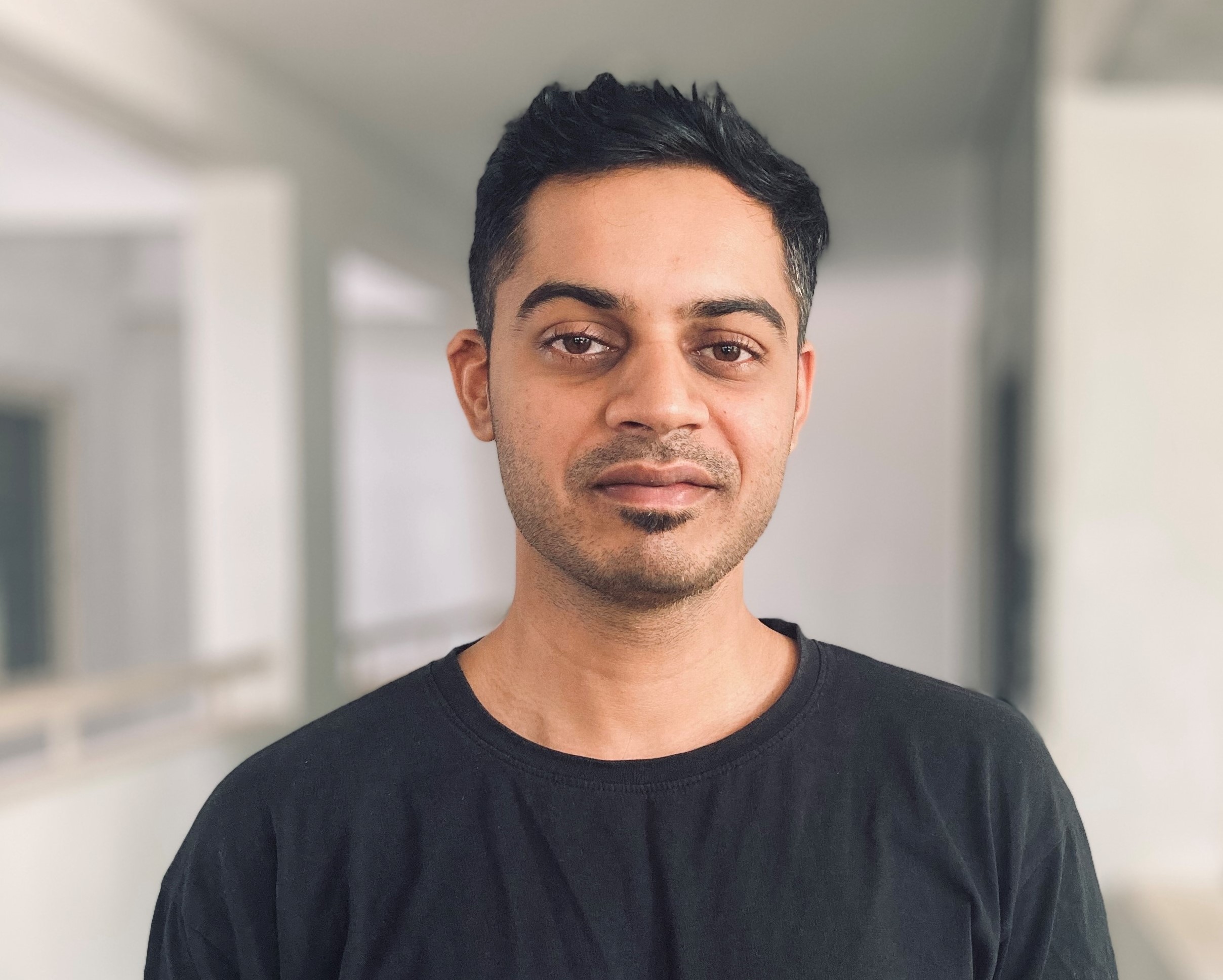 Life is never boring when you work in PPC. And we’ve seen that in the eventful year that was 2022.

With 2023 just around the corner, it’s good to know what to expect from the industry and what to get ready for even though PPC is still much of “it depends”.

That’s why we reached out to 10 experts in the PPC industry to know their predictions and recommendations to help you prepare for 2023.

We also discussed these predictions on PPC Town Hall. You can watch the full episode below.

Get actionable PPC tips, strategies, and tactics from industry experts twice a month.

Most of the experts we spoke to said they’re expecting an economic downturn next year.

“2023 is going to be an economic bloodbath. It will be a time for caution and prudence. You need to make very intentional moves and tighten your belt if you have to.”

“Be proactive in communication with your clients. Talk to them often about their changes in any business goals and requirements, and frame your campaigns accordingly.”

Jon Kagan spoke about increasing costs per click as a result of high inflation.

“I expect to see astronomically high CPCs, maybe up by 25% in Q1 of 2023 for the same amount of traffic we got before.”

When asked about how the economy could affect demand, he says,

During such bumpy times, it’s always convenient to blame the economy for any dip in campaign performance. Amalia suggests that advertisers should investigate deeply for cause and effect.

On a positive note, she says,

2. Google will automate everything it can.

If you haven’t jumped on the automation train yet, now you should. Because of the things we’ve seen recently with DALL·E and ChatGPT, experts say that AI is going to play a significant role in digital marketing in 2023 and beyond.

And, Google has rolled out several big changes in 2022 with Performance Max and Responsive Search Ads. So Google made it very clear to us that automation is the top focus in their product strategy and that more of it is on the way.

Patrick Gilbert, author of the book ‘Join or Die: Digital Advertising in the Age of Automation’ says,

“Products like ChatGPT and DALL·E have democratized AI. I expect 2023 to be the year when marketers learn how to work with automation more productively. We’ll also learn how to leverage AI to measure performance outcomes better.”

“It’s important now more than ever to have that mindset of embracing automation because with the rate at which it has grown the last few years, your job as a marketer will depend on how well you work alongside it.”

“However, heavy dependence on automation is not safe either.”

“It’s not a perfect piece of technology, so there are always going to be mistakes where human intervention is absolutely necessary. You need to adopt the concept of ’automation layering’ to let yourself control the automation rather than it controlling you.”

Julie Bacchini says the keyword will slowly fade away.

”I think keywords are going away, and obviously, we’re all going to adapt to whatever we have to adapt to. But just strictly from a data input standpoint, it makes me crazy because I think there is no stronger signal that a search engine could take than an actual keyword, especially if you’re an established account.”

Navah Hopkins says that the keyword as a concept will exist but will not be the main lever for a campaign.

“I’ve been thinking that keywords were going fade into nothingness for the past three, or four years. But they’re still here. Keywords are signals, just like audiences are signals. I don’t think the idea of semantic search is viable anymore if you’re building account structures off of that. So I think that ‘keyword’ as a concept will still exist, but it’s not going to be the main lever that we pull, and they haven’t really been for a long time. What will be the main lever? Audiences, for sure.”

Navah Hopkins adds that Google will make the process of adding negatives to your Performance Max far more easier.

“I see Google giving us the ability to add negative keywords in Performance Max in 2023 instead of doing it through a Google rep which is right now not sustainable.”

5. Collecting first-party data is crucial in a cookieless world.

In July 2022, Google said that it was delaying plans to phase out Chrome’s use of third-party cookies until 2024.

In the meantime, marketers should learn to find effective ways to capture first-party data to overcome the impending “cookiepocalypse”.

Navah Hopkins says there should always be a consensual agreement between you and the user while collecting first-party data. She also adds that the agreement should be clear for the average user.

“If you create an experience that people are excited to engage with and want to share their information with you because they know that you’re going to respect it and give them something useful in return, it’s a no-brainer. And think about the user behavior when you’re asking for cookie consent. Make it an easy-to-read, easy-to-understand module.”

“When you’re building your email list using first-party data, don’t ignore it. Continue interacting with them using an engaging email or a newsletter.”, adds Amalia Fowler. “And the responsibility of first-party data is on you. It’s not like the terms and conditions page where you check the box without reading it through. You’ve got to be very clear about how you got that data, what people consented to and what it’s going to be used for.”

If you’re a brand looking to start looking into vertical video in 2023, Cory Henke has the following recommendation,

He further breaks it down across the top three key platforms ->

Shorts: We know the least about, however, holds the most promise with the power of Google Ads.

TikTok: Has innovated the most and would be considered the most cost-efficient however the least attributable.

“YouTube Shorts provides you with YouTube analytics which is a great tool to get really good insights on which videos are engaging the most and which ones are leading to additional actions like subscribers and conversions. You can get better information to create better content. Second, YouTube Shorts is a great way to boost your subscriber count. And when you see subscriber counts grow, that really helps your overall organic YouTube efforts as well as anything else that you are doing on the channel. As you get more organic growth, then you start to see it impact other video things like the audiences that you can create for advertising. So you can see if you grow your YouTube Shorts, you can really help your overall video channels.”

“I’ve been hearing rumbling in the weeds that YouTube Shorts is going to expand the time length from 1 minute (which is what it is currently) to three minutes like you see on TikTok. And now that ads are starting to become on Shorts, you can get more revenue coming from YouTube Shorts, and it might be a bigger way for YouTube to compete with TikTok.”

We’ll wrap up the list of predictions with some quick bonus hot takes.

“2023 is going to be the year when Apple launches its search engine, which means another place to put ads. With that, they may have a chance to become a big player in the PPC space.”

“One of the biggest things to forward to in 2023 that impacts the PPC industry is government regulation. We’ve seen what has happened this year and in the past in the European Union. We’re hearing some similar rumblings here in the U.S. too.”

“Good quality creative plays a key role in 2023. The video assets, the image assets, and the ad copy all matter now more than ever. And not only do we need to produce better creative, but we also need to learn how to understand what aspects related to it are driving performance.”

2023 will be the year for PPC marketers to sharpen their focus.

The challenges and disruptions brought on by economic uncertainty, geopolitical tensions, and automation will make it another eventful year.

So you cannot go easy on your 2023 planning to wait and see how things will unfold. To continue to grow — and survive — you need to put strategies in place now. And PPC will have a major role to play.

We hope these predictions and insights will help guide you as we head into the new year.

The following is the list of contributors. A big thanks to all of them.

Check out these 6 powerful tools to optimize your Google and Microsoft Responsive Search Ads.

Our most recent updates include quick audits to manage, optimize, and control the quality of your RSA campaigns, …

Make use of this in-depth 44-point checklist to evaluate your ecommerce Performance Max campaigns.