Ad Strength for Responsive Search Ads: What Is It & Why You Shouldn’t Worry About It 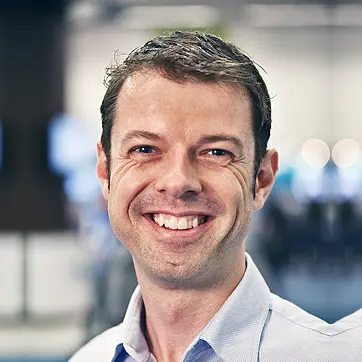 In this post, I’ll explain what is the Responsive Search Ads ad strength, how much it matters, and how it compares to the other optimization scores that have been around longer.

What is Ad Strength?

Ad Strength provides you with feedback to help you focus on providing the right messages to your customers. It shows how well an ad creative follows the best practices for optimal performance, ranging from “Incomplete”, “Poor”, “Average”, “Good”, to “Excellent”.

It is the newest type of score advertisers see in their accounts associated with Responsive Search Ads.

Google states this is a best practice score and is intended to make a great first impression. This is an important choice of words and means it’s not learning from your actual performance. And while a good first impression matters, long-term results matter even more.

Do ads that include the primary keyword of an ad group tend to have better performance than ads that do not include the same keyword?

Will ads with too many redundant phrases perform worse than those that avoid redundancy?

These are super helpful insights to get things started and we can all learn something from history’s lessons.

However, once you’ve got a good baseline ad, forget ad strength because while it reflects what has worked well for the masses in the past, it doesn’t care about what works for you. An advertiser whose ad with ‘poor’ ad strength starts to perform very well will still be labeled as ‘poor’.

Let me say that again. Ad strength does not change based on your performance!

Hence it’s possible advertisers with fantastic conversion rates, low CPAs, and tons of profits could have poor ad strength. They’re not following the general wisdom but they’re still successful. To think differently is not rewarded by this model.

So if you’re an experienced marketer there’s nothing wrong with creating an ad that you think will perform really well, even if it happens to have a poor ad strength according to Google’s predictions.

What matters much more, in that case, is close monitoring and methodical experimentation to make sure that the actual performance is reflective of what you believe the ad can achieve.

If you’re worried that poor ad strength means your ad will serve less frequently, rest assured that ad strength does not impact ad rank or quality score. In other words, if your ad strength is poor, it does NOT mean Google is deprioritizing your ad in the ad auction.

However, it is possible that your ad really is bad and will hence also get a low quality score and a lower ad rank in auctions. Correlation, not causation.

Part of the reason some people believe poor ad strength causes their ad to show less is that Google for a while labeled some ads as ‘poor (limited eligibility)’. This status was confusing and has since been removed.

While my point is that ad strength can be ignored because it’s disconnected from performance, it’s not entirely static. For example, ad strength likes ads that contain the main keyword of the ad group in the headline text.

So if the keywords of an ad group change, or if the mix of which keywords get the most impressions changes, then the ad strength could change even when there were no changes to any of the ad’s assets.

Should You Pay Attention to Quality Score?

Quality Score (QS) is the original machine learning / artificial intelligence score in Google Ads. It’s been around for nearly 2 decades and its purpose has always been to predict the likelihood that an ad will be relevant enough to be clicked.

An important point about quality score is that an advertiser’s initial QS can quickly change as the system accrues more data about the keyword. In other words as an account has more of its own data the quality score number you see is more reflective of the true reality of that account’s quality and relevance.

Therefore it makes sense for advertisers to pay close attention to QS and try to get it as high as possible.

The number you see becomes a better representation of reality as time goes on. And remember that the higher the quality score the lower the cost-per-click an advertiser has to pay to maintain their position in the ad auction.

Should You Pay Attention to Optimization Score?

The Optimization Score, just like the quality score, has an element of machine learning to it. The purpose of the optimization score is to tell advertisers how much headroom is available in their accounts. For example, if they were to switch bids or budgets, how many more conversions could this change potentially cause.

The number that is estimated is based on machine learning and as with any prediction, it’s not always going to be entirely accurate. However, the optimization score is well worth paying attention to because if you have a low optimization score it means that Google’s machine learning believes you are leaving a lot of potential conversions on the table.

You should evaluate the suggestion and then make a decision based on how accurate you believe the impact to be. In Optmyzr, we selectively render some of Google’s opportunities to improve optimization score by comparing Google’s predictions to our own, to help advertisers take advantage of what we believe to be the best opportunities.

The problem with a largely static feedback system like ad strength is that it allows you to get stuck in a closed loop. This concept is explained in the book “The Loop” by Jacob Ward of NBC News.

The idea is that machine learning influences our behaviors in undesirable ways. In the case of advertisers, machine learning is telling us how to be creative with our ads. But what it recommends is based on what worked for others in the past.

And when it tells everyone to do the same and we obey, we get stuck in a closed loop.

Here’s an example you may be able to better relate to. If we only look at recommendations from Netflix for what TV shows to watch next, Netflix’s algorithms are influencing our decisions, and those decisions feedback into the algorithm to make future recommendations.

Algorithm: Hey, you should watch this cool tv show, it’s trending where you live.

Algorithm: Wow, look at that, another person watching that show, I should recommend even more like that.

Me: Where are all the new and unique shows? Everything feels the same!

Ad strength score causes a similar problem for advertisers. When the algorithm tells us what we should do because of what has worked in the past, it is disincentivizing experimentation that can create new success stories that could have altered future predictions.

The ads are becoming homogenized and our creativity is no longer rewarded.

A Quick Primer on How Machine Learning Works

All of the scores mentioned above have an element in machine learning and artificial intelligence. So I think it’s important to briefly explain how that technology works. By understanding that, we will be able to see the shortcomings and potential pitfalls.

Some machine learning works by building a model that predicts the future based on what’s happened in the past. The first step in creating machine learning is to build the model, sometimes called the training phase. During the training phase, historical data is fed into the machine so that it can find correlations between the various attributes that correspond to the desired outcome.

Let’s take quality score for example. The machine is looking for signals that correspond to higher click-through rates, an indicator of ad relevance. It may find that the presence of the keyword in the ad text is a factor that correlates with higher CTR, and hence build that into its model so that keywords with such ads will get a higher score.

After the model has been tested and iterated on, it is deployed and starts making predictions. In the case of quality score, it makes a prediction about the likelihood of each ad trying to enter the auction getting a click. It makes this prediction each time a user does a search.

The model could be static, updated periodically, or continuously learn from the success of its own predictions to improve itself. For example, if the quality score model predicts an ad will get clicked and then it doesn’t get clicked, it will update its model so that future predictions will be more accurate. This is called reinforcement learning.

You should also understand that models can be built with different sets of data, and weigh different types of signals more or less. In the case of quality score, the models are built with all Google Ads data going back over a recent period of time but they are built to weigh an account’s own performance more heavily when that data is available.

So when an advertiser adds a new keyword to their account, their initial quality score is based more on system-wide data. When the keyword starts to build up its own history in the advertiser’s account, that will weigh more heavily on quality score.

A higher ad strength doesn’t mean a better CTR or a better conversion rate or a better quality score. If you’re new to advertising or don’t know what’s going to work, consider this a piece of advice.

But if you’re an experienced advertiser, go ahead and do what you do best. Create the ad that resonates well with your target audience and keep the focus on performance. Don’t just be blinded by the ad strength.

Get actionable PPC tips, strategies, and tactics from industry experts to your inbox once a month.

Our analysis of 13,671 Optmyzr accounts helped us better understand Responsive Search Ads. Here are our findings to help …

In this article, we explain what Responsive Search Ads (RSAs) are, how they work, and how you should get the most out of …

Check out these 6 powerful tools to optimize your Google and Microsoft Responsive Search Ads.

Here are 5 effective ways to safeguard your Performance Max campaigns this holiday season.