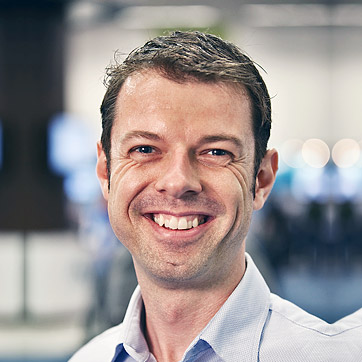 If you’ve ever wondered how to leverage all the long tail data in the AdWords Search Terms report, I’ve got some good news for you. We just launched a Search Terms Word Cloud report in Optmyzr that brings the most important words to your attention.

So why did we build this unique AdWords visualization?

In the Search Terms report, we all know to look at the queries that are getting the most clicks or the highest cost, and to add these as new keywords or negative keywords. But in a system like AdWords that has so many long tail queries, this approach is not sufficient if you want the best results.

Let me illustrate the problem… Say you’re selling cars and the top query in the report, ‘toyota camry,’ has 100 clicks. As you go down the list there are hundreds of queries that each have between 1 and 3 clicks, like ‘2014 toyota camry,’ ‘toyota 2014 models,’ ‘2014 camry pricing,’ etc. Notice a pattern? The word ‘2014’ appears quite frequently in the long tail, and if you were to add up all the clicks for queries that include this word, that might be more clicks than the top query in the report.

Knowing this, you should make a decision about what to do with the word ‘2014’. In this example, you’d probably want to add 2014 to all your keywords for different car models and you might want to update your ads to say you have 2014 models in stock. In other cases a word that appears frequently in the long tail might be a good candidate for a new negative keyword.

Thanks to the Word Cloud tool we just launched, it’s now easier than ever to find individual words that have a large aggregate volume in the long tail. You can run the report for an entire account, or any subset of campaigns. Give it a try today and see what gems you discover in the long tail of your AdWords query data.

We recently launched a lot of new features to make Optmyzr’s reporting platform even more powerful.

The Keyword Lasso one-click optimization is one of the most used optimizations in our suite of tools.

Removing underperforming ads is one part of testing ad text in an AdWords account.

Oct 27, 2014 Optmyzr
Introducing An Easier Way to Use AdWords Scripts

In 2013, Optmyzr was one of the first companies to create AdWords Scripts for advertisers who were looking for more …

Static AdWords reports limit the amount of information you can include or, you run the risk of including so much data …