What does Google’s extension of Phrase Match and Broad Match Modifiers mean? 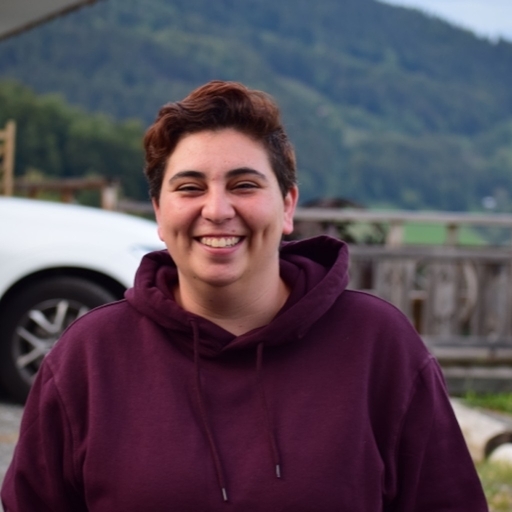 Watching this year’s Google Marketing Live event, one of the things that really intrigued me was Ben Gomes, Google’s SVP of Search, explaining the process of how query matching has evolved from the first Google searches up to this day.

He used the following example:

“The pictures of modern TVs are phenomenal, except sometimes they look strange. And the question is “How do you ask a question about ‘my TV looking strange’?”.

See, the question is no longer a simple query, as it would be to search for “my TV is not connecting” or “How do I fix the resolution on my screen”, but rather a much more complex concept. He then proceeded to explain how by using ML and Neural Networks, they were able to take that query and transform it into a neural embedding. This query’s neural embedding then matched the neural embeddings contained in their documents and that allowed them to match to the best result.

This process is known as Neuromatching, and although it’s no new information, seeing it graphed onto a neurolinguistic “word cloud”, and hearing the explanation of why this was so, gave me a fresh perspective into where we’re heading today.

Last year we were introduced to an expansion of exact match close variants that included the same meaning variations. Using Google’s own example, the exact match keyword [yosemite camping] would now also match to queries such as “yosemite campground” and “campsites in yosemite.” It was no longer just about the keyword the user typed into the query, but also the implied meaning of what they typed.

This was a pretty big change, which meant among other things paying much closer attention to search term reports for their exact match keywords. Some embraced this change energetically, while others were at first more hesitant as to why these changes were being made. These are just a couple of examples: 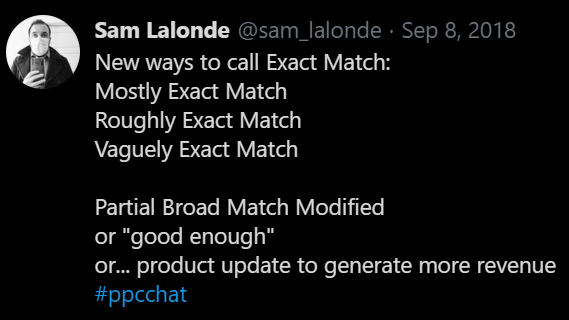 This year we’ve been struck yet again with another change: Google is now extending same-meaning close variants to phrase match, broad match modifiers.

But what does all of this mean? In a nutshell, it means that broad match modifier and phrase match keywords will now also begin matching words within the search query that share the same meaning as the keyword.

Google is broadening the results to not just the query, but rather the intent as well. With its vast work regarding ML and AI, it now stands a better ground to understand what the intent behind a query really was.

Using Google’s example, with broad match modifier, the keywords +lawn +mowing +service may now match to queries such as “grass cutting and gardening services” or “rates for services that cut your grass”.

But coming back to Ben Gomes. If we look at these two changes made to keyword matching as standalone changes, they might not be as exciting as if we look at where they are coming from – and where they are headed. The purpose of Google search from day one has been to find the best way to match what the user needs, to what type of results they can offer. This new change seeks to cover all these extensions and variations.

You can read further on how to prepare with Frederick Vallaeys’ post on 3 Things to do Before Google Changes How Keyword Match Types Work.